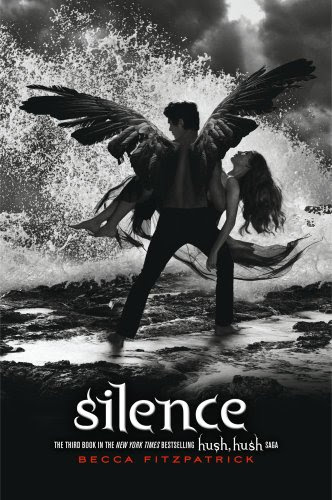 Click Here for the Summary!
Series: Hush Hush #3
Author: Becca Fitzpatrick
Format: Hardcover
Page Count: 438
Source: Library
My (High!) Opinion : So this is the hugely awaited third novel in the Hush, Hush series. I was so happy when I saw this had arrived at my library. and that I could get it for free! I did a happy dance once I got it, actually :D


The story baseline was pretty good. It started with Nora, who had lost any memory form the last five months of her life. All because of the ?/$"%?%$"?/W!/!"&/??/("/) Hank Millar. He's EVIL! She was in a cemetery, and was completely lost. Poor her... anyway, she went home and was safe and sound. Then, she feels like she's missing something...


She then encounters Jev (Patch) and feels attracted to him. Of course, who wouldn't :D


I was blown away by what happened near the end (don't worry, I won't spoil anything) and I can't wait to see what happens next. Let'S hope it gets even better!