The Vindico is Wesley Chang's debut novel, and he has done it with uniqueness and originality.

You know, when you were a kid, you used to watch superhero and villains fight in animated TV Shows. Well, now you can READ it in a book! How cool is that?

In The Vindico, you find 5 teens, most of angsty, and now they have been kidnapped by The Vindico; supervillains, so they can become the next generation of Villains to fight the war against The League of Heroes. They are trained, get powers... but what if it all ended... not like The Vindico planned? After all, the student will always get better than the master :D

I have to say, The Vindico got me nostalgic with all the memories of watching superhero shows on the TV. I remember wanting to have powers... ahhhh.... innocence.

The Vindico is written with a fast-pace style of writing, and you can't help but want to see what happens next! And, you root for the teenagers, just like you did with your favorite superheroes!

The characters, even if there were MANY, all had different and unique well-written personalities, and they didn't waver throughout the book, which is a BIG PLUS!


The Vindico is described as 'X-Men meets The Breakfast Club'... and that is EFFING scary : 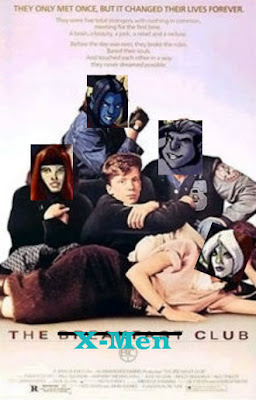 'After discovering that my first career choice—Jedi—was somewhat impractical (for now), I moved on to my second option: fiction author.

While I live in suburban Oshawa, Ontario, I spend most of my time in the imagined universes of super-powered children, dying stars, and dystopian fantasy realms.

My debut novel, The Vindico, follows five ordinary teenagers who are taken on as protégés by the world’s most dangerous Super Villains. It will be released in June 2012. '